skip to main | skip to sidebar

As writers, we need to think of ourselves as the characters we’re writing about. If the main character is a raccoon, imagine thinking like the raccoon in your story. How would a raccoon express itself if it spoke? How would it react in the events/problems/struggles in which it’s confronted? 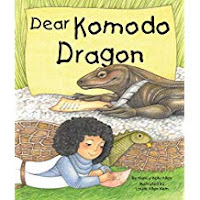 A character may agree with another character by answering, “Sure!” Following this with the thought, Never in this lifetime, triggers the true feelings of the character. The feelings and internal dialog reveal truths that allow readers greater insight into the character.

Exposing the character’s true sentiments can also be used as a method to lighten the story with a dash of humor or to advance the plot.

Let your readers listen in and raise the emotional level of a scene.


Call for Submissions for Young Writers:


Call for Submissions for Adult Writers:


Smarty Pants Magazine for Kids. We are taking submissions for children’s short stories (up to 800 words).


Leave a message or check out my blog at www.nancykellyallen.com

Posted by Nancy Kelly Allen at 9:10 AM

My route to writing children’s books has more twists and turns than a winding mountain road. I worked as a social worker and traveled many a winding road, uphill and down, around Hazard, Kentucky. Later, I became an elementary school teacher, and then a school librarian. After spending days introducing books to children, I spent nights writing books for them. At this point I have written over 30 picture books, one chapter book, and one middle grade novel. I have a master’s degree in Education from Morehead State University and a master’s in Library and Information Science from the University of Kentucky. Home is still in Kentucky in the log cabin in which I grew up. My husband, Larry, and I share our cabin with two canine writer assistants, Jazi and Roxi.

Video of Trouble in Troublesome Creek